I’ve been riding bicycles pretty regularly since 2009. Where the cycling relapse, in college around and about Southern Illinois, begun and I have been evolving into a decently average bicyclist since. 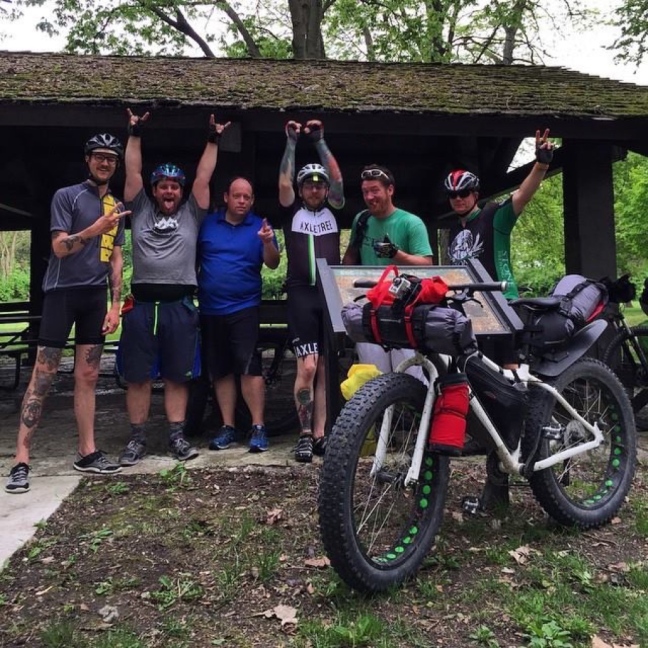 to come forth gradually into being; develop; undergo evolution :

The whole idea evolved from a casual remark.

Biology. to develop by a process of evolution to a different adaptive state or condition:

The human species evolved from an ancestor that was probably arboreal. 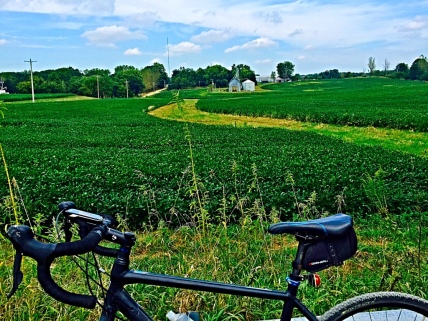 I’ve made many Gran Fondo’s, metric centuries, imperial centuries and mudfulness’ towards becoming a better cyclist. Why not have a hobby that menatlly and physically stengthens you. Why not obtain and flourish a sense of adventurism.

Remember when you were a child and you actually remember how enjoyable your days were? Have you ever experienced a sobering permi-smile joy as an adult? There is an ongoing group of peers who (including myself) have had that same childhood sense while riding a Fat Bike. A Fat Bike is a massive sand, snow, creek venturing MTB (mountain bike) machine. In this group I had the first Fat Bike. It may have been low end, but it worked for a few kilometers. Now, I’ve ridden with almost ten differently owned FATBIKES. It is unreal in the snow. UNREAL IN THE SNOW.

I’ve been concentrating on the mental aspect of cycling rather than the physical demands for years. At work, on a walk, in the pool, just anywhere, I try and bring myself to breaking points. I want to have an unbreakable mind. I put myself through extremely aggitating scenerios that I will not prematurely specifically blog all over your face.

I did a Gran Fondo (110 km) Fat Bike ride and it was mentally draining.

Be happy. Be adventurist. Be healthy. Live and challenge yourself.