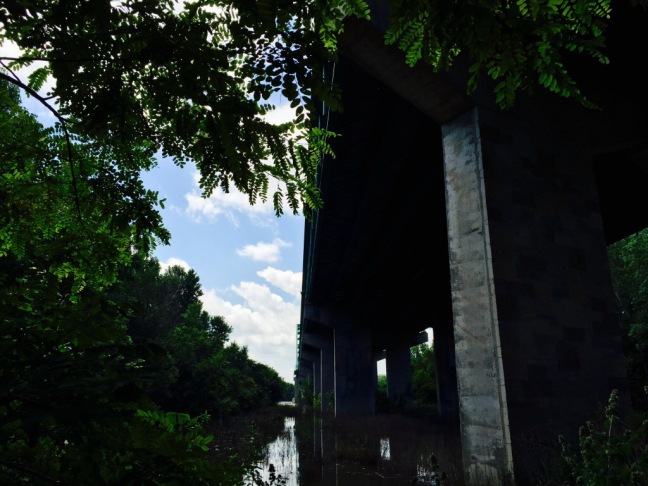 My Sundays are usually exactly the same boringness commuting via bicycle to work for eight hours and returning home to eat have a beer and watch a little Netflix before bed. Yesterday was still definitely a Sunday. I still rode Darth (Darth Vader, my 2015 Trek CrossRip Elite) to work. And I was sitting outside of work, cooling off and basically meditating to get my self psyched up for work, when I was scared almost to death, having multiple heart attacks when I saw this crawling on my ankle. That might be the definition of a run-on sentence, but I am nor ever was an English major.

I pushed the little rockstar off and ran to safety. I did not kill it or squash it. I took a picture of that beast, though. I had a great day at work and went to one of the five places where I find good new beers. This one being a liquor store in existence since the late 19th century, with an exception to prohibition, selling alcohol to LaSalle-Peru, Illinois. I came across four beers from a brewery that I have never seen before. There was a Saison, Dubbel, Tripel and a Witbier. Those four beers were all 750 ml and corked, but varied from $15.99-$19.99. The brewery Rockmill Brewery from Lancaster, OH, wherever that is. I chose the Saison for $16.99. This Saison is up at the top with my favorite Saisons, Firestone Opal and Brasserie Dupont Avec Les Bons Voeux.

It was light, tart and spicy. I cannot wait to try their other beers! If you see it and can afford it, try Rockmill Brewery.