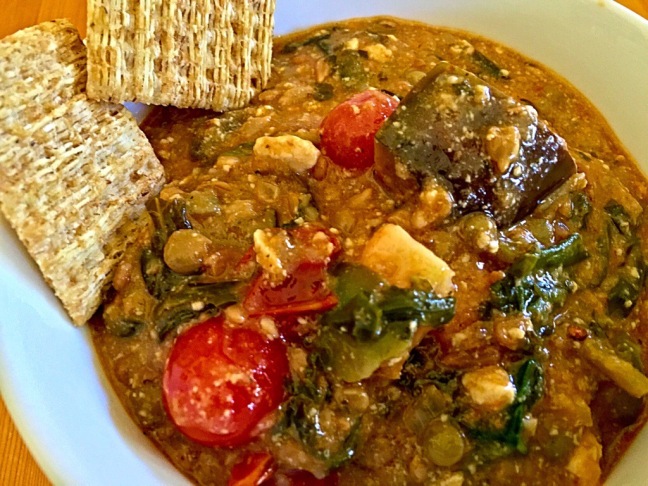 My choice of Vegan lifestyle obviously started with the easy decision of Vegetarianism close to three years ago. And while maintaining 100% Vegetarian lifestyle, I progressively made Vegan adaptations. 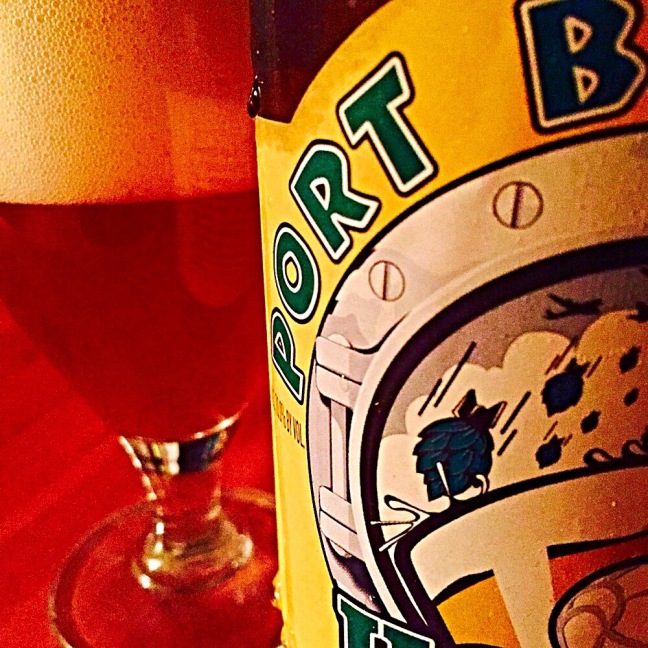 Social media is a tool and often a tool for me to reference statistics or dates. Today I’m gonna search through my social diary in Twitter. At some point in my life, I want to write a book with basically just my tweets.

I did not survive every VeganFriday and I think I failed only one VeganWeekend after starting. I did, however, notice a difference in my digestive system and stomach between Vegetarianism and Veganism. Ultimately bringing me to the no-brainer decision of upgrading vegetarianism into Veganism as of 7.8.15.

I have finally found my love for Earth Balance Vegan ‘butter’. “Better late than never.” Says everyone.

I made SOUP for the first time in this colder turning time. And I was going to name it Souper Ⓥ Supe, but chose to shorten to Ⓥ Souper.

I found out that Sweet Potato skins are very edible and very good.

I resurrected my very first “real” bicycle in honor of his second birthday on September 22nd, in a 2014 Trek CrossRip. I’ve named him the HulkRip. I’ve ridden him through hell and back at over 7,000 km. He needed new cables, brakes, chain, cassette, chain ring and tape and pedals which I put on. He sat up at the bike shop for a good month awaiting a chain keeper. I’d like to keep HulkRip rideable for a long long time. And rode him for the first time in months yesterday. Happy Birthday, HulkRip! 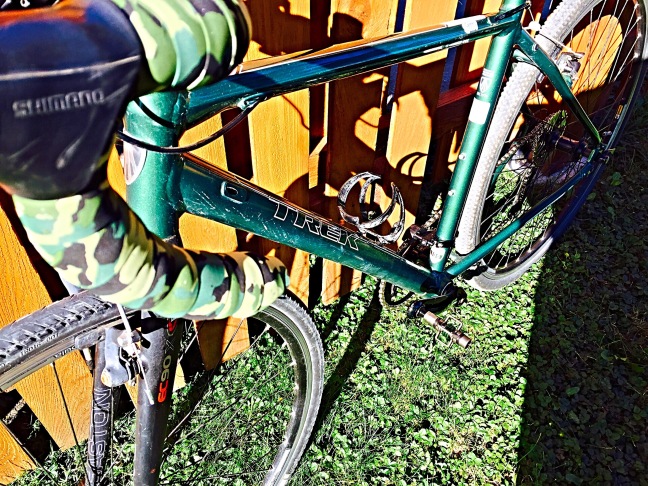 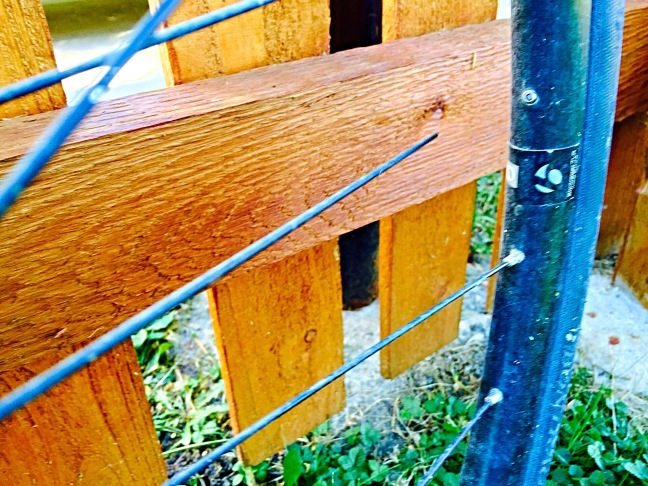 I actually started out making a breakfast stir-fry and severely enjoyed it before later making into soup. 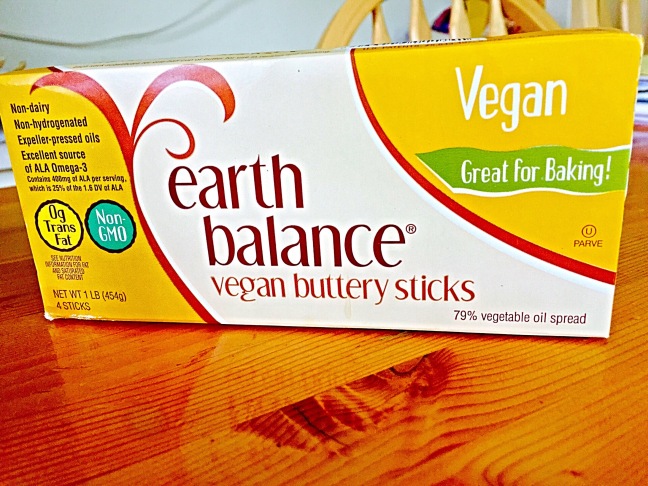 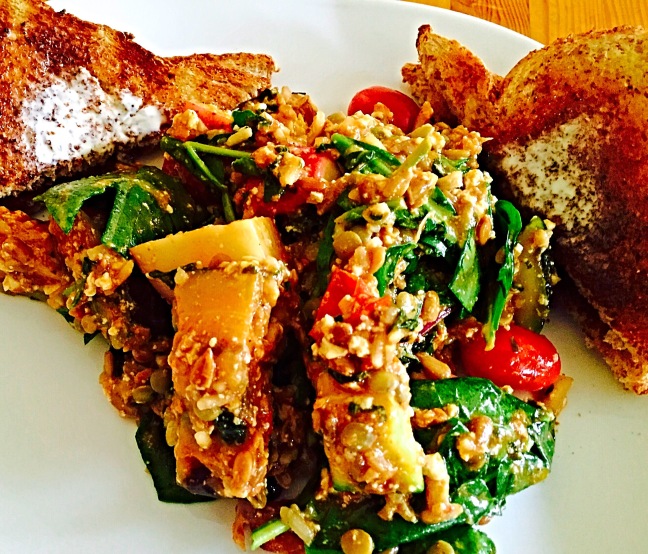 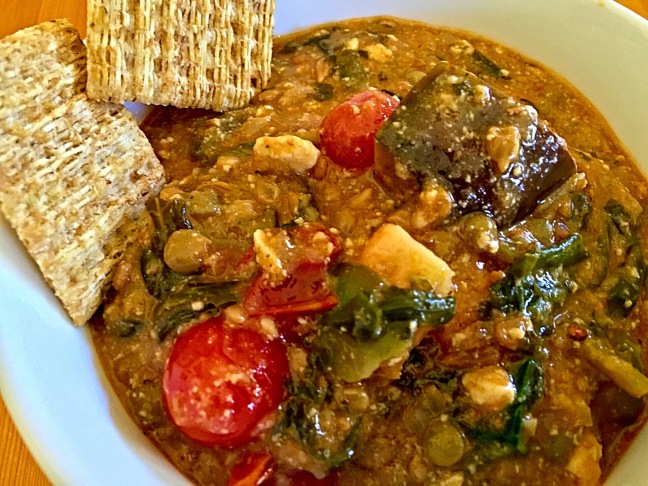 To make Soup, I honestly just added Broth as it mixed and thickened extremely well. Very flavorful! And powerfully nutritious! 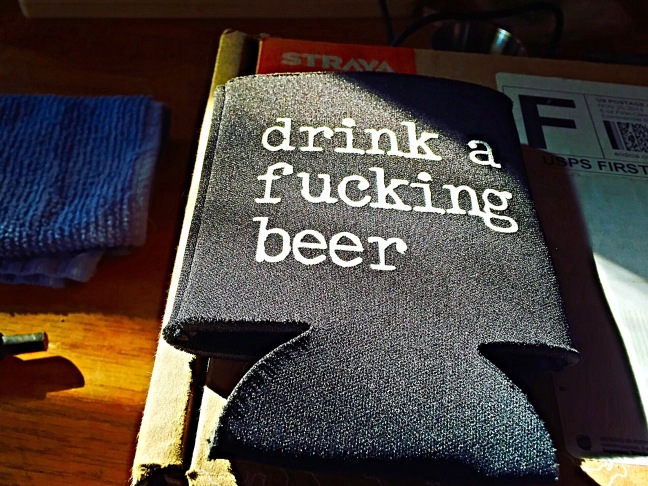 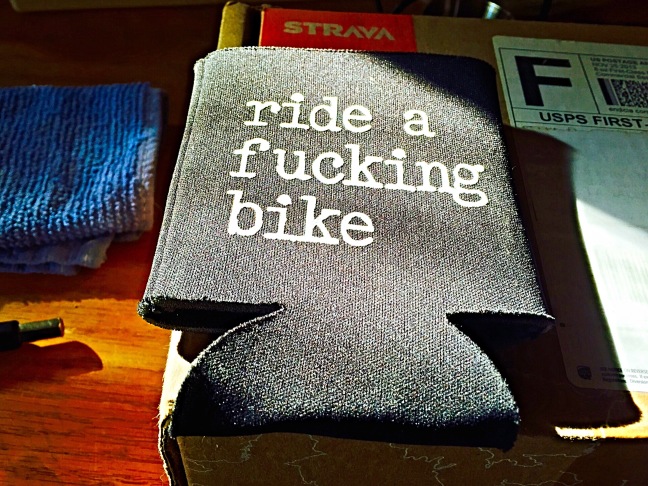 Go Cubbies as it’s almost playoff time! Have a good beer, take a good pic and ride a bicycle before the cold hits! Happy Thursday and Happy Weekend! Do something out of the ordinary! 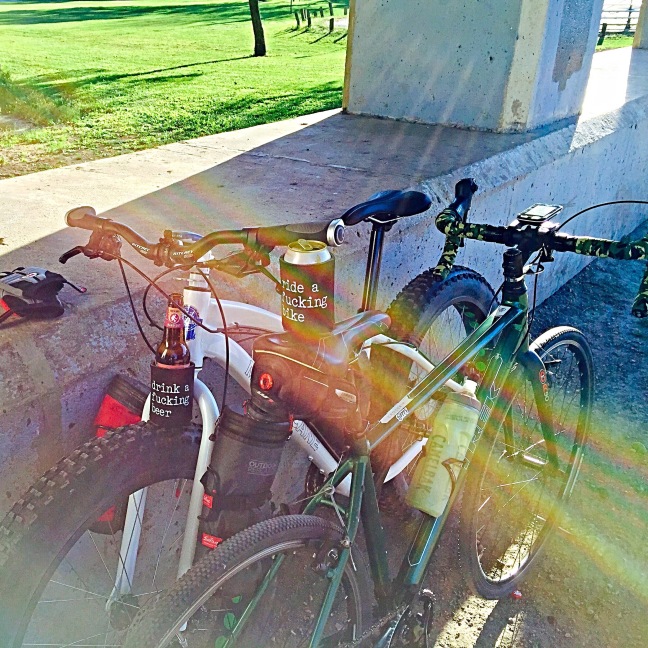